I am not ashamed of my story.

I’ve shared it before, just much more privately in Sweat Unfiltered last year and coincidentally this week.

So when pictures like these were shared last night through social media by people who know how brutal 2012 was for my family, I was literally touched beyond words.

For those who don’t know, and are perplexed by my half joking war cry of “rainbows and unicorns,” here’s a little back ground… 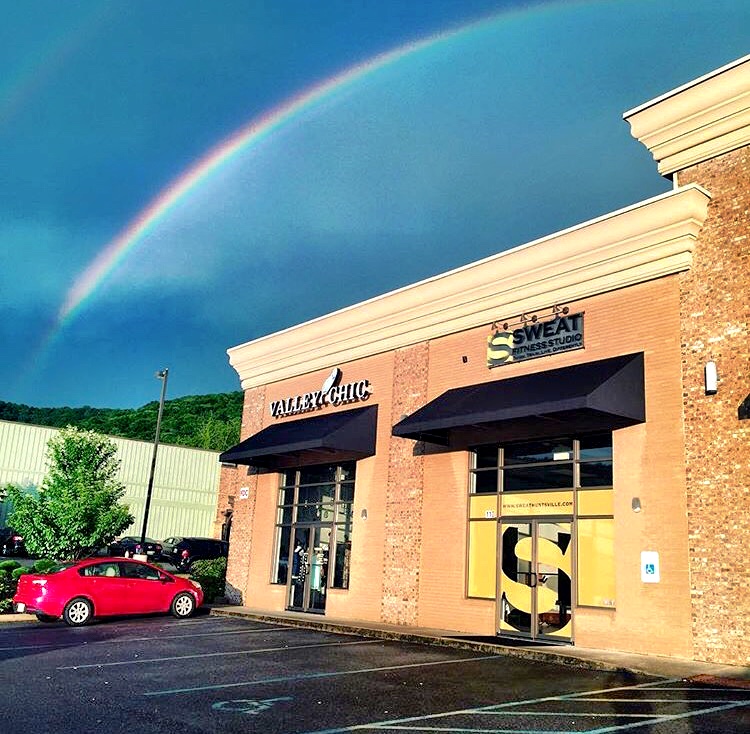 One helluva Friday the 13th, right?

It is very likely I never would have opened up Sweat had the events not happened exactly as they did, however.

Life was way too cushy back then to willingly disrupt it.

You see… up to that point in my life, the only practice I’d ever had with grit was on the gym floor. There’s a moment of fatigue when you work out hard where you are forced to decide between proving you can finish strong or calling it quits.

The amount of times I have chosen to suck it up and given it one more set proved to me, on a much smaller scale, that my mindset could make me do what my body would not will on it’s own.
Never in my life, though, did I realize that I’d have to call on that same desire to keep going when it came to my way of life.
2012 and 2013 were DRAINING emotionally as well as financially.
Lawrence and I were too naive at the time to realize that unemployment for a college educated, hard working individual could last… a really long time.
I mean weren’t we taught that if you work hard and go to college that’s your ticket to the easy life?????

Where the hell did my easy button go??

2012-2013 forced us to make the hardest, most humbling decisions of our lives.
And while as a family we remained not only intact but stronger than ever, on a personal level, I was RAW.
I’d wake up every morning yearning for my safety net.
I drained myself daily daydreaming of my easy, previous life.
I was lethargic from constantly seeking refuge in things that no longer existed.
I’d go to bed consumed by my past and wake up empty by my present.
And then…I made the conscious decision… to let it go.

My “rainbow” moment came when I stopped thinking of life before July 13th 2012 as the dream that I was supposed to chase after again.
I stopped believing that I or my family were somehow missing out because we didn’t have the same things that our previous life had outlined for us.

I stopped hunting for a past that had nothing to offer my future.

The magic of growth happened when I allowed grit to take over, when I stopped boxing myself in with an irrelevant past and literally began to carve out my new normal.
I peeled away layers of entitlement, insecurity, and self doubt and walked away a woman I never knew existed inside of me
A unicorn!!!

Who is this girl who can’t imagine her world without her friends at Sweat?

Who is this girl who writes and shares every bit of her heart for anyone to see and criticize and judge w/ a #zeroeffsgiven policy?

Who is this girl who owns a business and is ready to grow it… to take more risks… to tap deeper into grit?

Who is this girl who is no longer afraid to move forward without knowing the answers?

How did I end up preferring to go with the flow rather than controlling my surroundings?

Am I seriously not terrified by failure anymore?

I’m still getting acquainted with this new normal, this new me, and I want to be careful not to glamorize 2012 and 2013.

I still feel their waves and ripples even today and I imagine for many more years to come.

I don’t, however, believe that my happiness lies in ANYTHING that previously existed in 2012.  That’s part of the reason I feel so at liberty to share with you my roller coaster ride.

Keeping things bottled up as a secret creates a feeling of shame.

I won’t give my troubles that power.

My happiness is here… it’s in front of me.  I AM PRESENT.

I wake up thankful for my TODAY in full recognition life can change in the blink of an eye… WITHOUT warning.

Life does not need our permission to happen.

I know that in letting go, in falling, and in breaking down we rebuild and evolve.

And so whenever troubles arise, as they inevitably do, I have adopted these two “mascots” to remind myself of the brutal work it takes to make ourselves BETTER THAN BEFORE.