Ever had that job interview where they ask you to, “Choose 5 words that describe yourself?”

I don’t think I’ve ever answered with the last one, but it’s certainly how I’ve been told that others perceive me.

Now, I don’t really like to cast myself into verbal molds, but sure – I’ll go with intense.

But what does that really mean?

If we look at Merriam Webster’s definition it’s “very great in degree : very strong: done with or showing great energy, enthusiasm, or effort.” And when referring to a person, “very serious.”

I won’t go so far as to say I’m that strong or great, but I’ll sign my name next to enthusiasm, effort and very serious.

I consider myself a product of my mother’s personality.

Unlike a car, I don’t have different gears or speeds – I simply have an On & Off switch.

It’s either nothing at all or full-speed ahead! 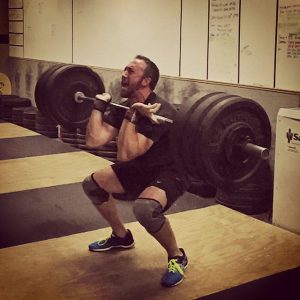 I’m sure if we asked her, she would say I came out the womb ready to run before I could crawl.

I’ve been involved in some form of athletics or fitness since I was 6 years old, when I ran my first 1-mile fun run.

Dad ran the 5k, so naturally, I wanted to run too.

Now I can’t begin to tell you what went through my mind during that race, but I can promise you that without a doubt…

I did not leave an ounce of energy on that trail.

Strangely –  I do remember looking at the placing engraved on my tiny plastic trophy after the race and I was pretty upset that someone beat me.

I’m not real sure what intensity looks like as a 6yr old, but thats got to be it.

I didn’t think 1st place was owed to me by any means,

but I did know that I wanted it for myself.

Looking back over the years, I’ve always charged after everything I’ve wanted, headstrong and with blazing ferocity.

When it comes to something worth doing, I’m a big believer in going all the way in. That goes for relationships, experiences, business and especially in fitness.

“Lukewarm is no good. Hot is no good either. White hot and passionate is the only thing to be.” – Roald Dahl

Here’s a fun fact: I’ve had an employee quit 2 weeks in to training because he was afraid of my intensity. Not because I was aggressive or mean, but simply because my drive and pursuit of perfection scared him. Sorry – not sorry. 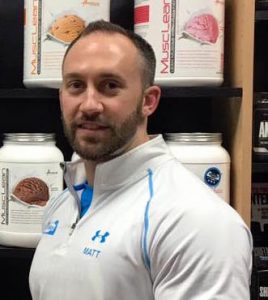 I also think about transitioning my body from a scrawny, 115lb Cross-Country runner to a competitive bodybuilder.

Day-in and day-out fighting to eat enough food, to train hard enough, and take the right supplements to put on as much muscle as possible in an uphill battle against my rapid metabolism.

I’m not sure if you know this, but that’s a slow process only won by time and sheer determination.

Years later, there I was taking that same bodybuilder, breaking him back down, and forcing him back into the world of cardio with CrossFit.

Pushing to re-teach my body mobility, grinding to build aerobic capacity back from what seemed like square-one, and working to perfect olympic movements I’d never even seen before.

See, maybe I don’t know what intensity is “supposed” to look like because I, honestly, don’t know how else to approach anything.

If it’s really worth doing, if it’s something you really want – you go out and get it!

Seriously, it really is that simple.

You push with all that you have and you let your intensity take over from that voice in the back of your head… Because it sure as hell is stronger than any doubts or pain you might experience along the way.

“You make your own luck,” my younger brother once told me.

I don’t think luck has anything to do with it – I’d say I pushed past luck several miles ago and haven’t looked back.

3 thoughts on “I is for #Intensity: guest blogger Matt McLellan”